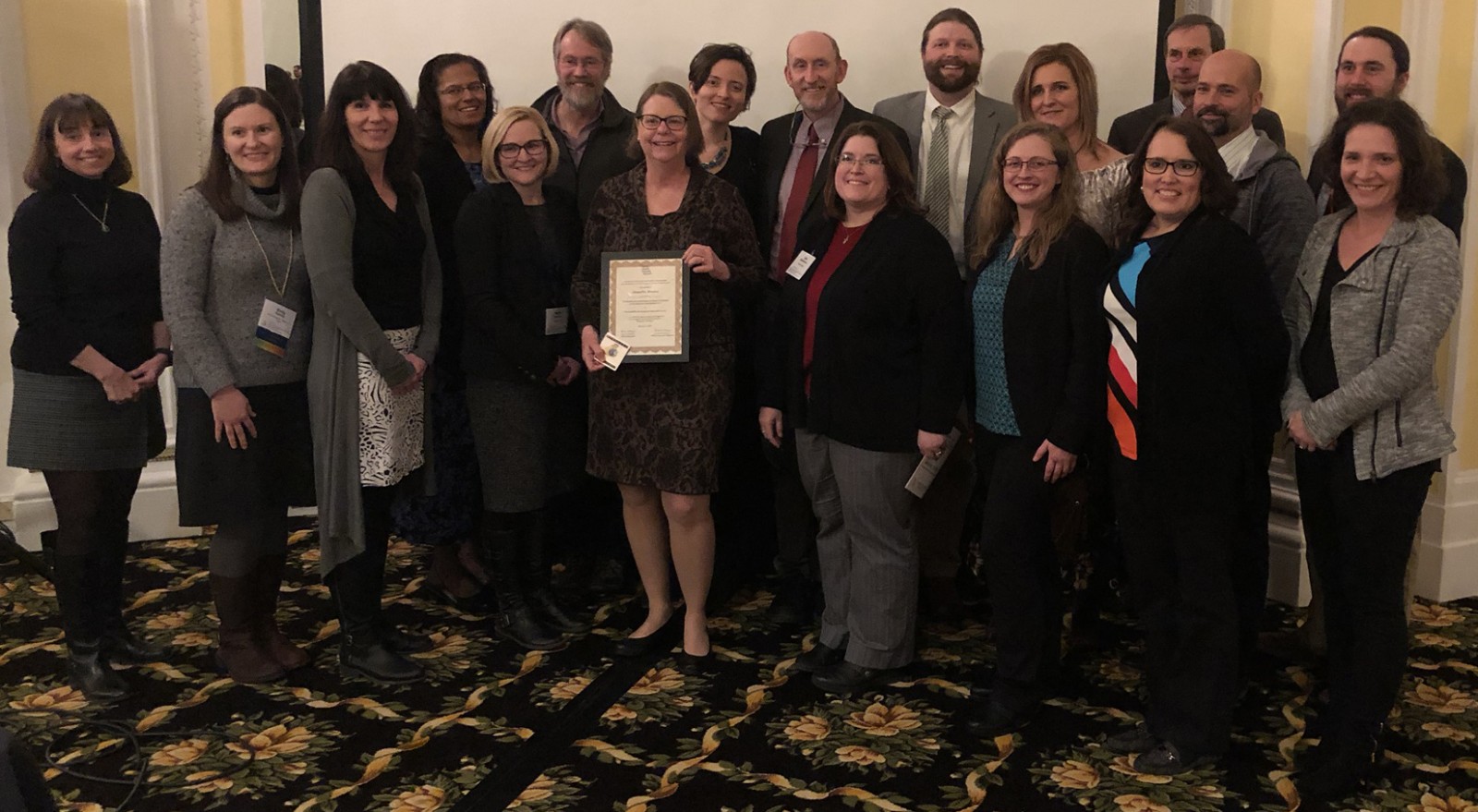 Huntoon, the provost and senior vice president for academic affairs at Michigan Technological University, has been active in MSTA for many years, currently serving as its director of higher education. MSTA co-executive director Robby Cramer lauded her pivotal effort to launch the Michigan Science Teaching and Assessment Reform project (Mi-STAR). “These curriculum units are enabling middle school teachers to successfully implement the vision of Michigan’s new science and engineering standards in classrooms across our state,” said Cramer. As of December, more than 655 teachers have taught Mi-STAR units, 132 districts have implemented Mi-STAR training or signed up for training, and an estimated 65,000 students have been impacted by Mi-STAR.

Yonee Bryant-Kuiphoff, a science teacher at Linden Grove Middle School in Kalamazoo, nominated Huntoon for the Mallinson Award and introduced her at the MSTA honors banquet, noting that she first met Huntoon through the Michigan Teacher Excellence Program (MiTEP), which prepared urban science teachers to improve earth science education in their districts. “I got to know her much better during the last Geology in Utah’s National Parks field experience in 2014,” she said. “This woman, over a 12-year period, bravely took over 180 middle school teachers on three-week experiences to give us more exposure, so we could have a richer instructional model for our students.

“If you have ever worked with middle school teachers for any amount of time, you would say that qualifies her for a lifetime achievement award.”

Huntoon’s dedication to education has had far-reaching effects, Bryant-Kuiphoff said. “Jackie’s direct and indirect influence on teachers . . . as instructors, facilitators or in curriculum development gives the underscored, italicized, exclamation point to her dedication and unswerving support for science education, not only in Michigan but to education on a national level.”

In particular, Huntoon’s Mi-STAR effort helped to energize a sea change in middle school science education. “I am much more confident, not only as a teacher, but also as a professional developing and writing curricula and working with other teachers across the state, as a result of her mentorship,” said Bryant-Kuiphoff, who is among the science teachers developing the Mi-STAR curriculum. Huntoon’s vision and her confidence in those teachers is a huge part o 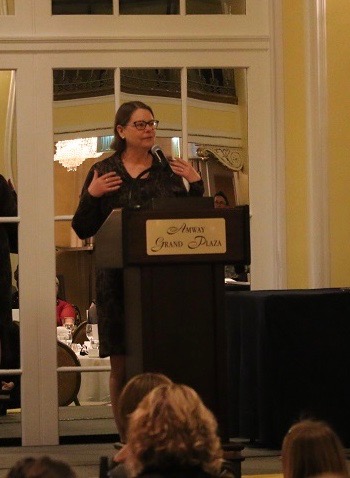 “I feel really blessed that I’ve had the opportunity to work with the people in this room, elsewhere in the U.S. and around the world—people with a similar passion, including great scientists and great engineers—who thought education was the most important thing they could do,” Huntoon said in accepting the Mallinson Award. “What we’ve done has been transformative for a lot of people, including me. We’ve become true partners, trying to make things better for students, and now all that work is beginning to make an impact.”

“I’ve worked with many of you,” Huntoon told the crowd of K-12 educators, “and I tell you, it’s the best part of my life.”

Huntoon formerly served as associate provost and dean of Michigan Tech's Graduate School and is a professor in the Department of Geological and Mining Engineering and Sciences. She is a member of the federal STEM Education Advisory Panel and former chair of the Graduate Record Exam Board. In addition, Huntoon has served as program director for diversity and education at the National Science Foundation's Directorate for Geosciences.

Among her honors, Huntoon was named a National Association of Geology Teachers Distinguished Lecturer for 2005–08, received the 2002 A. I. Levorsen Award for Outstanding Contribution to Petroleum Geology from the American Association of Petroleum Geologists and is a Fellow in the Geological Society of America.